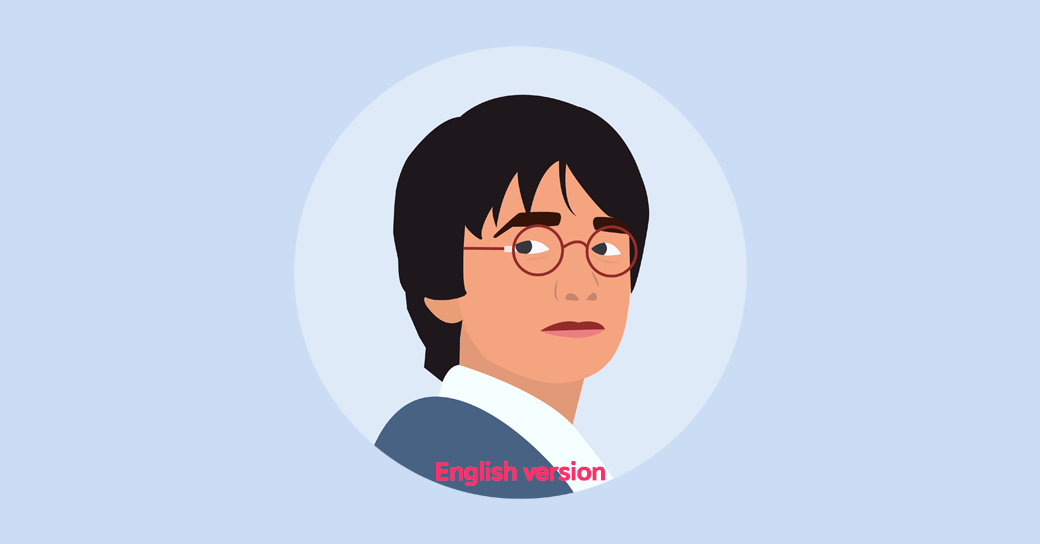 Harry Potter, a great classic that you must have watched at least once, if not 100 times. For all Harry Potter fans or just curious, we imagined what your heroes' email signatures would look like. Find the email signatures of your favorite characters (or not).

1- Hero of the film, the famous wizard Harry Potter

Recognizable by his legendary scar, Harry Potter is obviously included in this article. We admire his courage and his strength: he even fought the Who Must Not Be Named a few times!

A great beard, a great man and an unconditional fan of unusual animals, Hagrid is also known for his big heart. Incidentally, he also likes dragons: in his signature he shares his best practices learning how to raise them!

Harry Potter’s friend, Hermione Granger, is known for her cleverness and her ability to memorize many spells, with abilities that are almost beyond the norm!

Ok, he’s not our favorite character. Drago Malefoy does not carry in his heart Harry Potter and his friends, he is not very friendly either. It could help you get hated by your collaborators from day one...

5-A powerful and wise wizard? This is Albus Dumbledore

Albus Dumbledore, director of the Hogwarts school, embodies kindness and wisdom. Very easily identifiable by its very long beard, it will give you tips to learn to maintain it!

Rather enigmatic character, we cannot say that Severus Rogue is very warm. Rather unpleasant and not letting appear any emotion, he is not so bad as it seems. It will help you hide all your emotions from your fellow human beings!

A powerful sorcerer of black magic, Lord Voldemort embodies the fear and adversary of Harry Potter causing the death of both his parents. Even if we don’t really like it, it has the annoying tendency to leave traces...

Great friend of Harry Potter, Ron Weasley is identifiable by his red hair similar to his whole family. We admire his kindness and his loyalty, that said, spending a flight by his side can sometimes be chaotic...

9- The most clumsy sorcerer: Neville Longbottom

Neville...the sorcerer to whom many misadventures happen! Between a first day with a fall of broom or when it ends hung on a chandelier, one does not get bored at its side. He shows courage on many occasions, but when just in case, do plan a good assurance.

Dobby, the elf now free thanks to Harry Potter is at once endearing, benevolent and protective. Who wouldn’t vote for him? Let’s vote Dobby, for a free elf!

This article is already finished. If you liked, do not hesitate to give us your feedback at www.signitic.fr or on our Linkedin Signitic page!